Antony has been a successful and creatively lauded independent feature film producer for over 45 years – having produced 65 films. Highlights include Patrick (1978), High Tide (1987), The Lighthorsemen (1988), Screamers (1996) and Patrick (2013). In addition to his producing career, Antony has worked in international and Australian distribution joint ventures; film financing and consulting in Australia, the USA, Canada, New Zealand, UK and Eastern Europe. He maintains long term and close relationships with most of the key international sales agents and distributors. His UK and Canadian connections encompass TV as well as film. He is one of a handful of Australian producers who has maintained a profitable and sustainable production business over almost half a century.

Over the past year, Kris Wyld and Tony Ginnane have worked on the development of a joint venture company – Wyld FGA (trading as Clandestine Television) – to capitalize on the business experience, intellectual and creative strengths they both bring to the table. 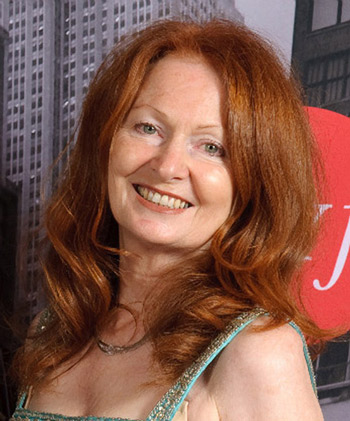 Kris Wyld has been involved in the creation, scripting, show running and producing of a number of Australia’s landmark television scripted drama series.

She has enjoyed a long and fruitful association with both the ABC and SBS networks, and was part of the Roadshow Coote and Carroll writing team that, under Sue Masters, created the award-winning series GP (1989-1996) which ran on the ABC prime time for nine years.

Kris joined forces with Steve Knapman and Mike Jenkins to work on the creation of the landmark ABC crime drama series Wildside, which won many awards – including the AFI Best Drama for both seasons, Best Mini Series, and a Logie award for Most Outstanding Drama. As part of Knapman Wyld Television, Kris has produced many hours award winning TV. Together Knapman and Wyld have created, written, and produced a number of successful drama series, including White Collar Blue, The Strip, and East West 101 (SBS 2007-2011). Season One of East West 101 won an AFI for Best Mini-Series, Season Two won Best Series, and Season Three won the first AACTA Award for Best Drama Series. Season Two also won a Logie for Most Outstanding Drama and several international awards.

Kris started working with fellow producer, Tony Ginnane, on a gangster feature film which soon blossomed into the creation and development of television projects. They formed Clandestine TV and joined forces with David Ogilvy and Beyond Entertainment to create and produce PULSE for ABC.