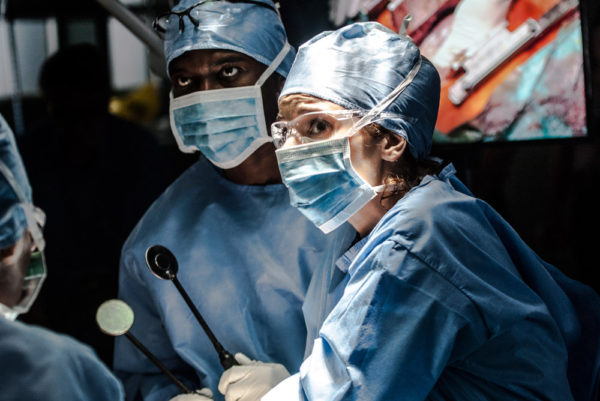 In Australia following the end of its free TV window with ABC-TV, “Pulse” has been licensed to leading SVOD providers Stan and Netflix for 2019 and 2020.

ABC Commercial reaches agreement to bring Australian drama Pulse to Channel 5’s My5 in the UK
Sydney, Australia: ABC Commercial announced today that it has reached a new agreement with UK free-to-air Channel 5 to bring the Australian top-rating medical drama Pulse (8 x 60 min) to its VOD streaming service My5. Originally airing on ABC TV in Australia, Channel 5 has secured broadcast rights to the series for two years, with the acclaimed medical drama set to make its UK premiere on My5 in August 2019.

Inspired by a true story of a transplant patient who became a doctor, Pulse is a high stakes drama set in and around the transplant unit of a busy Sydney teaching hospital. When successful high-flier Frankie Bell (Claire van der Boom) is brought crashing to earth by chronic kidney failure she targets an alternate future. Eight years on she is a practicing doctor driven to use her second chance to save others.

Pulse attracted critical acclaim in Australia with the media praising the series for its realism, diversity and socially charged storytelling. The internationally renowned cast are led by Claire van der Boom (The Pacific, Hawaii Five-O, Masters of Sex and Sisters of War), Owen Teale (Game of Thrones, Line of Duty) and Pallavi Sharda (Lion).

Also starring are Liam McIntyre (Spartacus: War of the Damned), Andrea Demetriades (Janet King), Arka Das (Top of The Lake), Blessing Mokgohloa (Hunters), Susie Porter (Seven Types of Ambiguity), Penny Cook (A Country Practice) and Renee Lim (Please Like Me).
“ABC Commercial is pleased to partner with Channel Five to bring Pulse to British audiences,” said Jessica Ellis, Head of Content Sales & Distribution, ABC Commercial. “This top-quality Aussie drama was a ratings success when it premiered on the ABC. We are certain international audiences will enjoy Pulse as much as audiences here in Australia”.

Oliver Thomas, Vice President of Digital, Viacom International Media Networks UK said, “Pulse is a gripping medical drama and we’re thrilled to be bringing this acclaimed series to My5, as part of the continued expansion of our scripted offering.”

Pulse is a Clandestine Beyond Production, in association with the Australian Broadcasting Corporation, Screen Australia and Screen NSW. Created by Kris Wyld, Michael Miller and Mel Hill, produced by Kris Wyld and Antony l Ginnane with Sally Riley and Kym Goldsworthy serving as Executive Producers for ABC TV and David Ogilvy as Executive Producer for Clandestine Beyond.